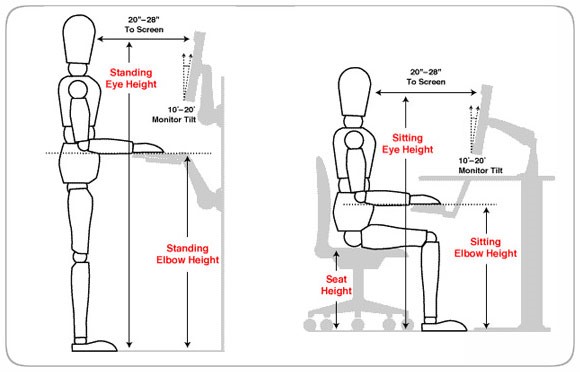 Here are some of the results of research on the effects of sitting too long at work.

Full-time employees of large companies in the United States or more spend on average two-thirds of their working hours in a sitting position, according to a new study conducted by Ipsos Public Affairs on behalf of Ergotron. On average, full-time employees of companies with 1,000 or more employees report spending an average of 21 hours per week seated at a desk, nearly three hours per week seated in meetings and four hours per week seated working at home – a total of 28 hours out of an average workweek of 42 hours, or close to 7 hours on a typical work day. The study also found that full-time workers at large companies spend an average of 25 working hours each week facing a computer or a mobile device, or about 6 hours on a typical work day.

Though many employees work in a sedentary environment, three quarters (73%) say that they do not like spending so much time sitting at work.